There have been many events that have occurred in housing where people have been put at risk due to negligence that could potentially have been avoided if a fire safety and risk assessment was put in place. 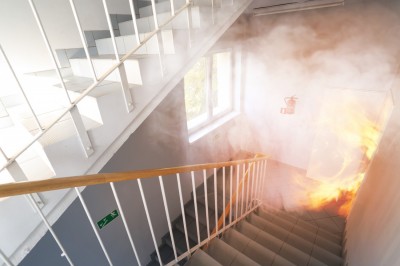 For example, a landlord from Redruth, Cornwall, has been handed a £2000 fine after inspectors from the local council found a number of fire safety hazards.

Mr Mohammed Habibur Rahman pleaded guilty to two counts of failing to comply with the requirements of improvement notices at Truro Magistrates Court.

The inspection from Cornwall Council’s Private Sector Housing Team uncovered a number of issues, including:

Joyce Duffin, Cornwall Council cabinet member for Housing and Environment said: “This case highlights that there are still some landlords who are not fulfilling their legal obligation to ensure the health, safety and welfare of their tenants.’’

Three men have received hefty fines for the management of a converted office block in Luton which was found to have a number of fire safety hazards.

The local council visited the property and found that two office floors had been altered to include 20 bedrooms, with communal kitchens and bathrooms.

Some of the safety failings found included:

Prosecutor Samantha McKeeman said: “Following an inspection, the fire officer was very concerned in relation to the way the building had been converted.

She added: “The fire officer was so concerned about risks from fire, he made a prohibition order on the premises. This was not done lightly, as the reality of doing this was that 45 people were made homeless.”

Mr Mohammed Nadeem, Mr Qamar Nazir, and Mr Naveed Nazir, owned the freehold to the building but it was leased out to DPG Business Solutions, a Stourbridge-based company run by its director David Peter Gaye.

By undertaking the appropriate training you can not only help to reduce the numbers of deaths and injuries from fire, but also avoid prosecution. Vulcan Fire Training offer a 3 Day Fire Risk Assessor course specifically designed for groups of employees within housing who need to fire risk assess small to medium sized premises, or similar types of buildings within a group of companies.

More information on this in-house course can be found here