There have been many devastating events that have occurred in care homes where helpless people have lost their lives due to a tragic fire that could have been avoided if a fire safety plan was put in place. 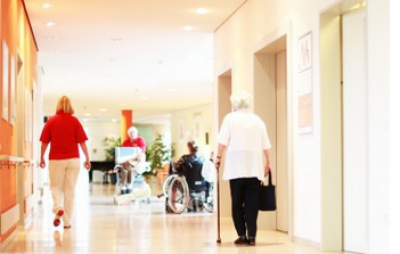 For example, the deaths of 14 elderly residents in the Rosepark Care Home blaze could have been prevented if a "suitable" fire safety plan was in place, an inquiry has concluded. To make sure that your care home maintains the legal standard requirements of safety needed to prevent fires from occurring, it is important to appoint a ‘responsible person’ and ensure they have the fire safety training needed.

The inquiry into the fire that killed the 14 elderly residents at Rosepark Care Home in Uddingston, South Lanarkshire, incurred the following failings:

In other incidents, after a fire broke out at the Anchor Trust Care Home, Rose Court Bermondsey, South London they were fined £120,000 with costs of £50,622. Morven Healthcare Croydon encountered fire safety breaches and were fined £45,000 with £23,488 costs in 2013.

There was also a fire at Hafod y Green Specialist care home in December 2013, where the staff were safely evacuated and 32 vulnerable adults without injury.

These points are crucial actions that either should have been taken to avoid a fire breaking out in the first place, or to make the evacuation process when the fire broke out more effective.

Making sure that fire alarms and fire doors are securely fitted is just the start, it’s the ongoing management and essential training that needs addressing, that’s where Vulcan Fire Training comes in!

Here are some stats:

Here are the number of fires that have occurred in care homes in London from 2008 to 2015, and it continues to rise. 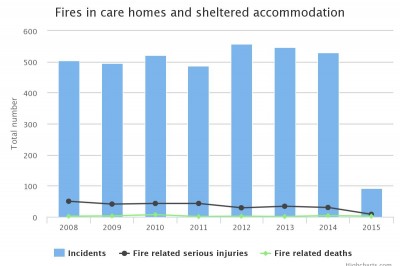 By undertaking the appropriate training you can help to reduce the numbers of deaths and injuries from fire, particularly in buildings occupied by people with reduced mobility, and also reduce the risks to firefighters and the costs to the care homes.